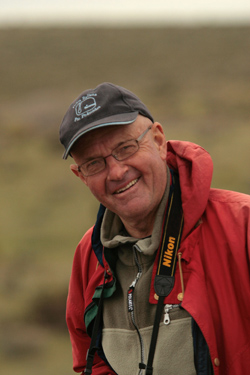 Gerard Soury graduated from the Estienne Graduate School in Graphic arts; he then creates his own printing and graphic creation company. At the same time, along his travels as part of reports that take him throughout the world, he builds his own photo library mainly based on the underwater world. Thanks to this initiative, he collaborates with several specialized magazines.

• In 2001, he publishes « Requin en liberté » by Nathan. The opinion columns that the media offer him (press, radio, television) enable him to advocate on behalf of these little known animals and remind the global danger their extinction would represent.

• In 2002, he contributes to the publication of « Sauvage », a collective book published by Delachaux et Niestle.

• In October 2006, he publishes by Nathan the third opus of his trilogy dedicated to the great marine creatures. « Baleines en liberté », a book that brings the reader along the path of whales, from the High North ice to the Polynesian waters and the deserted Mexican lagoons. This book is translated as « Wale, Sanfte Riesen der Meere ».

• In March 2007, by Hachette, he largely contributes to the chapters « the great fauna of the oceans » in the book « Ushuaia – Rencontre avec la faune sauvage ».

• In February 2009, the « Guide mondial des dauphins et des baleines » is edited by Nathan (Translated in German as « Whale und Delphine »), followed by « A vol d’oiseaux », by Fleurus/BBC during Spring 2010, in the « Voir les animaux » collection.

• His book « Les Dauphins » is published in 2010 by Delachaux et Niestle (then translated into Dutch and Chinese).

• 2013 : Publication by Milan of « Dauphin, prince des vagues », then, by Glenat, « Géants » in the « Carnets de plongée » collection directed by Francis Le Guen.