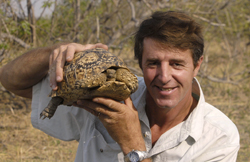 He began his classical ecological career as soon as he was a child and has been following it fro 50 years now, from big forest animals to African paths. He has been shooting nature since 1973 and grew attached to the free and wild fauna always with ethics and disdaining retouched or unfair shots. He’s regularly working all by himself in Southern Africa. Aerial photography with an ULM is part of his work as it enables him to shot with new angles. The common threads of his pictures are the imagination, deepness, geometry and skirting lights of the picture, but also a continual re-assessment of himself. He has been working with the Bios Agency since 1992.