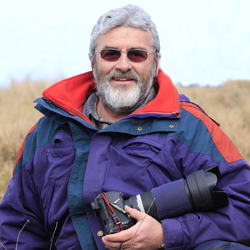 He first went to the Amazon jungle and to Papua New Guinea from the 1970s.

He first collaborated with illustrations agencies from the 1980s.

Ever since then, Sylvain Cordier is travelling all around the world to shoot pictures from Polar bears, to Leatherbacks and from Scarlet Ibises to Roe deer…

The birds’ life, written by Vincent Albouy with pictures from Sylvain Cordier and Alain Guerrier, introduction by Allain Bougrain Dubourg (published by Fammarion, 2005)