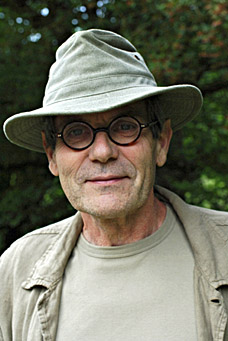 Frederic Didillon, a life through photography.

Frederic Didillon used to teach at the Arts Decoratifs School and at the Ecole superieure de realisation audiovisuelle in Paris. He was also a speaker at the Pantheon-Sorbonne University in the same city.

He is an author and creator of a lot of dance and picture scenography shows, such as ‘Requiem’, ‘Acorps d’elles’, ‘Le Doute’ and a dozen of young audience shows (with hundreds of performances).

He works with Bernard Faivre d’Arcier at the Festival d’Avignon to implement scenography shows in the city (Richard III directed by Arianne Mnouchkine).

He is the initiator of a lot of different photographical exhibitions and of projected photography shows, also known as ‘picture walls’ (Ouest Sauvage, Fous d’ailes at La Geode in Paris, Brassens toujours… with more than a thousand performances).

He has been working as an illustrator photographer for agencies in France, Italy, Germany, Japan, in the UK and in the US since 1994. Recently, Didillon exhibits his paintings (made of natural pigments and sand) in galleries in Paris, Anvers, Marseille, Nantes, Limoges, l’Isle-sur-la-Sorgue, Angoulême, Barjols…