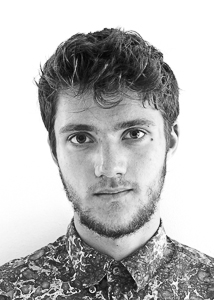 Ivan Sjögren is a nature and wildlife photographer born in Stockholm, Sweden. Being raised in an urban environment during all his childhood Ivan’s parents still saw it as necessary to spend time in the nature. As a result, his passion for wildlife grew early. At the age of 10 years old Ivan started to get seriously devoted into birdwatching.

Every holiday abroad was mainly circulating around the exotic birds that existed in that country. Because of his father’s profession as a translator from Portuguese Ivan’s family made several trips to Brazil at a young age. Seeing hummingbirds, toucans and parrots close up would have made any kid adore the wild.

In 2009, at the age of 13, Ivan bought his first digital camera. He started capturing the unique moments he and his family shared in the nature. Photography quickly intensified his passion for wildlife and birds. Even from the beginning nature photography for Ivan was about showing a wider audience the nature and the animals that lived among us. It was also a way to spread knowledge about threatened species that is so important to save. The early knowledge of different species behavior that came from Ivan's interest in birdwatching has always helped him to respect the wild and achieve better photos. During the years he developed a more artistic style of documentation that aims on showing the animals in their true habitat. Ivan has been published in several international magazines and recently been awarded in several prestigious competitions.