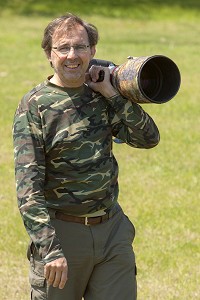 As a kid, Marc would already walk through the forest to unwind and watch the animals. They would call him ‘eye of the eagle’ in his family, as when they were driving, Marc would always be the one pointing the roe deer on the edge of the wood, the buzzard on a post or any other animal that nobody would have seen. Some are still calling him this way.

When they went to honeymoon with his wife, somebody lent him photographical devices and there he had a brain wave. Back from this trip, he bought his first reflex camera and two lenses to begin with capturing what was around his place. Marc was naturally attracted to birds (Forked tongues will say that was a way for him to enjoy his sleep as long as possible).

He took a step forward when he decided to have a blank day every week so he was able to focus on the species around his Walloon Brabant area, between 4 and 6 hours. That’s why for years now, Marc has been capturing kingfisher behaviors. They also have successfully cared for a Common kestrel couple in their garden for the past three years (5 birds were born in 2014). Marc built a 3-stars shelter in a tree so he can be on the falcon’s level and is able capture their behavior too. At wintertime, he also captures buzzards from the back of his garden.

In which concerns photographs, Marc really enjoys showing “what the eye can’t see”, either because it’s too fast, or because people don’t take time to see it.

As a lot of animal photographers, Marc learnt how to be patient enough and stay within nature, as an animal coming is a gift from Mother Nature, and not something that is due to us. And, by the way, sometimes he doesn’t shoot anything while on the lookout.

Marc has already been awarded with great prizes: the AVES contest and Nature Festival in Namur, Belgium, Terre d’Oiseaux, the Backyard Photo Contest in the US, the AGRINATURE festival in Belgium and has been nominated a lot of time too.

Marc is still addressed by Saint Exupery’s quote in Le Petit Prince ‘It is only with the heart that one can see rightly; what is essential is Invisible to the eye’.