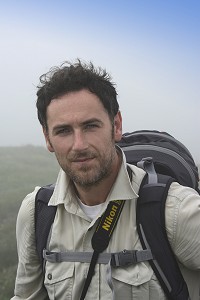 Alberto Ghizzi Panizza, born in Parma in 1975, has inherited his artistic bent from his granddad who was a naïve painter. Since his childhood Alberto has drawn and painted. He began to take a keen interest in photography in 1997 during a visit to the ruins of ancient Egypt.

He has grown fond of technology, computers and he is a forerunner of digital photography. Since he firmly believed in the huge potential of this technology, he started using it constantly in 1998 with a 0.06MP camera. What seemed to be a simple hobby grew steadily in the following years and now has become a focal point for his life. Alberto has carried out many different jobs in this field: personal services, weddings, advertisements, photographic pictures. He constantly stages exhibitions of his works and has been holding workshops and meetings on his photographic journeys in many Italian cities for some years. He is deeply fond of nature and animals in their several, different forms. He specializes in naturalistic and landscape photography, always looking for the beauty of the world around us and finding his main source of inspiration in it. In 2011 he became the deputy chairman of ‘Associazione Travel Photo Experience’. This is a non-profit association, a point of reference for keen travelers, explorers, photographers and for everybody fond of travel and adventures, always in search of the wonders of planet Earth. Among the journeys well worth mentioning there is an aerial photography flying tour in Namibia, the exploration of Iceland and a camping safari in Tanzania, in pursuit of the great migration. Recognized as one of the best Italian photographers for macro and landscape photography, he has received several awards; he was assigned the first prize at the ‘Oasis International Photo Contest 2012’ in the section ‘Other animals’. In 2013 he joined Nikon Professional Services. In the same year his photos “Happy damselflies” were published in several photographic magazines and broadcast by Discovery Channel Canada. Moreover newspapers in different countries of the world, such as Daily Record, Daily Telegraph, Daily Mail, Metro , Huffington Post, Le Matin, The Guardian on line, Times, Gazzetta di Parma, Panorama and a lot of websites published them. The same photo also won the 2013 Italian National Geographic Contest. But later it was excluded for applying Focus Stacking, which is a technique that faithfully represents the micro world but it is still unknown to a lot of people. Since 2014 Alberto Ghizzi Panizza has been administrator of several photographic groups on Facebook. In spring 2015 on of his macro images gets the cover of the European edition of Nikon Pro. Since 2015 he is a master of the Nikon School program and collaborates with Nital. In 2015 he made a reportage for Nikon and ESO at the Chilean observatories testing the new D810A camera. In the same year he won the first prize at the Natural Worlds International Photo Contest.